Skip to main content
Get ready for summer adventures!

A Message from Jon Schaefer 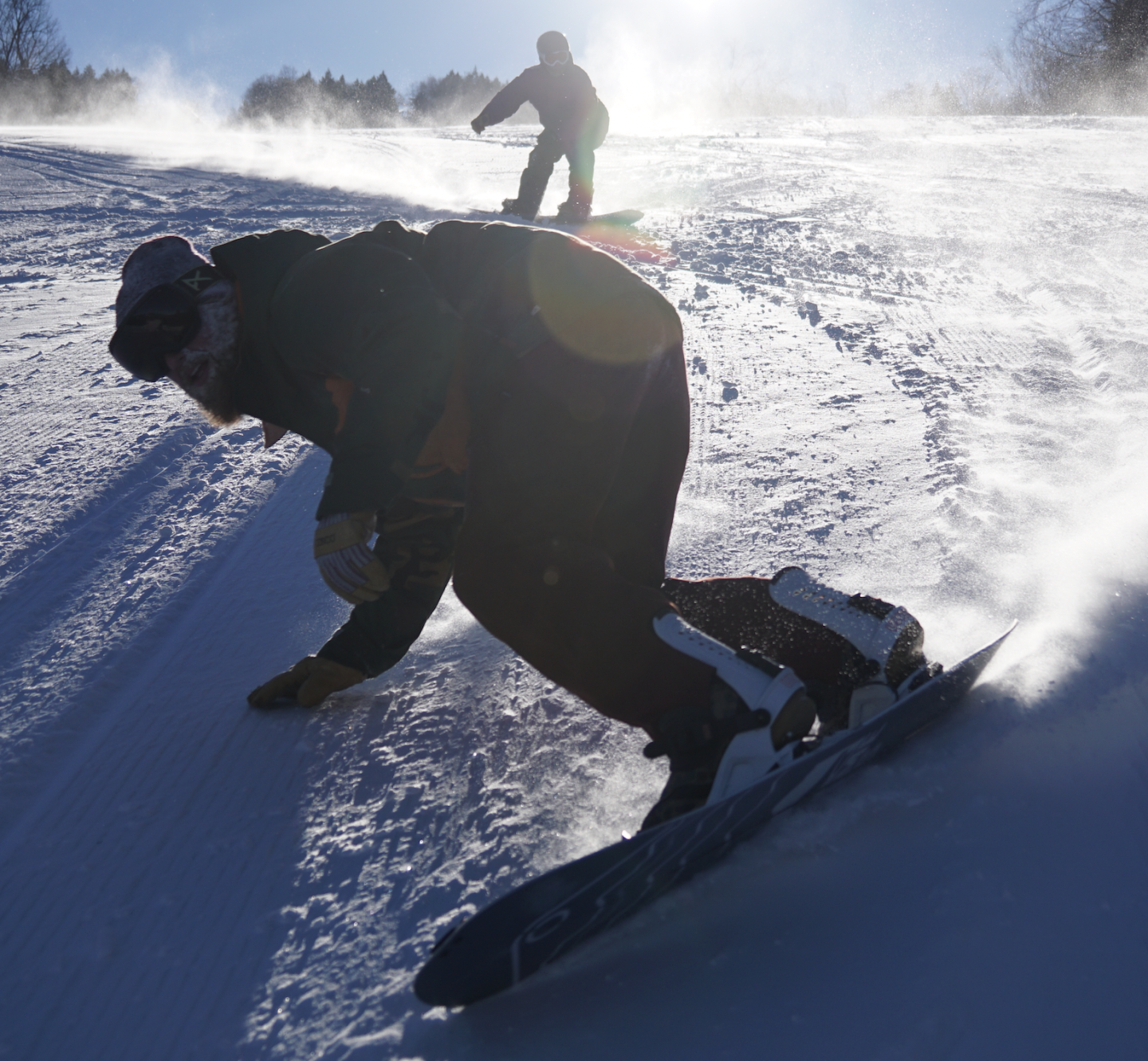 My family has owned Berkshire East since 1976, and Catamount since 2018. When we bought Catamount in 2018, we committed to revitalizing it and haven't stopped. Admittedly, these improvements haven't been easy, and there have been some real challenges. In June 2020, we discovered structural issues with the old Chair 1 double. We tore it down, not because we wanted to, but because we had to... We embarked on replacing it with a refurbished Poma. This lift was ultimately unable to be installed until the summer of 2021. Additionally, we choose to replace the nearly 60 year old double up the center of the mountain that serviced the center beginner and race terrain with a refurbished early 2000’s lift that we purchased last winter from Holiday Valley.

With a little self-inflicted wound of trying to do too much, and a healthy dose of COVID and all that comes with it, we’ve experienced a myriad of parts delays, from rams which were a four-week lead time when they were ordered to an indefinitely-delayed item 20 weeks in ( we ultimately found parts from another lift to replace these parts), to electronics, to transformers. The transformer issue had a profound impact on snowmaking early season. The entire electrical system was undersized from a capacity standpoint, so we chose to improve it this summer because 1) it couldn't handle this existing load, let alone 2) our planned future snowmaking improvements - so in a way, we tore it down to the foundation. COVID equipment delays led to power being restored just before the holidays.

With the restored power, our booster pumps came back to life, and so did the NY snowmaking system. The snowmaking system has been a challenge this year. We have installed miles of pipelines since purchasing Catamount, and in hindsight, maybe we should have replaced a few more miles... There are leaks and old issues that pop up out of the ground in the form of air and water leaks. Our staff has done a phenomenal job working through these issues and persevering.

Last week, we were able to open a bunch of terrain, but it was one of the most challenging weeks of work that many of us have seen. It started, last Sunday, in an ice storm and an on-hill power outage - the old line gave out. Some COVID staffing issues compounded this. Several of us went out and spent the evening rerouting power and bringing the system back to life. This led to cold temps, frozen lines, frozen guns, and an incredible effort from our staff. At the same time, the new front side snowmaking system was activated - under the new chair 3, which brought Holiday back to life and would have opened the area around Chair 3, but heavy winds and brutally cold temps forced us to behave conservatively. To open as much terrain as possible our staff and system made snow through the subzero temps, which led to more freeze-ups, partially combined with a multi-hour NYSEG middle-of-the-night power outage on Saturday at the coldest point of the year. This power outage led to the following Sunday issues 1) our domestic water tanks did not refill for Sunday operations, leading to poor water pressure and 2) more frozen guns pipes and a midnight scramble to save the snowmaking system. The lines on Sunday were ‘holiday busy’, but the the good news is, Chair 1 has the end in sight and this will alleviate the lines on these busiest of days. To achieve this, we have been able to supplement our crew with some outside help, and the punch list is being lined up.

We are currently pivoting the snowmaking onto the remaining trails, and fingers crossed, we should be over the hump this week on being mostly open in spite of a terrible start to the year, and the late completion of some of the critical work that was completed late.

At Berkshire East, we had two lifts go down on Sunday, which essentially confirms my general expectation that a lift will work fine for 100 days in a row until it's warm and crowded. On Chair 1, the diesel tank gelled due to a heat issue, which worked until it didn't on the coldest night of the year; it took until 11:30 to liquefy the fuel, and then we could run the auxiliary power unit that drives that backup lift system. We've already have installed a new tank heating system… On Chair 4, a PLC card stymied us for an hour, but then we fixed it.

Quite frankly, the crowds at Berkshire East were a new experience for us as well and we will look at the ramifications of this.

At both mountains, we have been pushing hard to improve the experience. Unfortunately, this has proven not always to be a linear upward track. There are bumps in the road. At Catamount, we have the following fixes in mind for the end of this year and next year. 1) the snowmaking issues of 2021 will NOT happen again. This year we purchased a four-pump system from another resort that had upgraded. These pumps are less than 15 years old - are in great shape, and will double the uphill capacity of the resort. These will focus on the Massachusetts side. New pipelines, air and gun systems will be installed and as many of the trouble spots will be removed as possible. By doubling the capacity, the NY side will come to life faster. Upsized booster pumps will be installed to improve flow and pressure across the summit of the resort. On the lift side, the triple will be finished, and if the quad isn't able to be completed this year, we will open with it for next. The increased capacity of improving the two lifts will reduce the lift lines tremendously.

Berkshire East had a busy Sunday day that far exceeded our expectations for crowds on a busy day. We will take a look at the implications of the crowds and are reviewing our operations for these holiday days. We've brought in new lift mechanics and probably would have more terrain open for Sunday, but pipelines and guns froze solid on Saturday, though we were able to restore water flow and live to make snow another day this week.

I will also proudly say that there are a lot of bright spots at both resorts. Our staff is incredible, and we are adding to it with talented staff from some of the ''big guys.'' We have made measurable improvements in the hill and in snowmaking that are already having an impact despite a tough start. But the truth is, ski areas are largely built on infrastructure that has been cobbled together over a 50-year period and that infrastructure has a life span, some mountains choose to plug the holes, bury the problems and try to extend the lifespan of the business by making modest capital improvements in stop gaps fashion. We don’t do that.  Berkshire East has had a steady investment over a 14-year period, and so its progression has been less jerky than Catamount, which is catching up in a three year period, but we are getting the work done and literally no aspect of the business will be untouched when we are done.

At Catamount, we've mostly swallowed the pig that's plagued the start of the season, and we are getting ahead of it. At Berkshire East, we had a couple of wonky lift issues that hurt yesterday's holiday experience, but we are on it and have moved past those issues.

In terms of capacity, we are looking at our presale ticket numbers at both resorts to manage capacity. We didn't announce it this year, but we have capped our numbers internally on the ticket side by managing day ticket sales in the same way we did last year. Unfortunately, the crowds were thrown out of whack yesterday by a higher-than-normal season pass holder arrival rate, so we will do what we can to manage the ticket sale numbers and are looking at capping those at a lower number.

Anyway, we will persevere through these challenges, which I must say are 100% caused by working through upgrades to the systems and are 100% my fault for pushing ahead on and we are not going to stop. 2022 will see improved snowmaking upgrades at both resorts, but you will see more staff, stability and the completion of this first phase of effort.